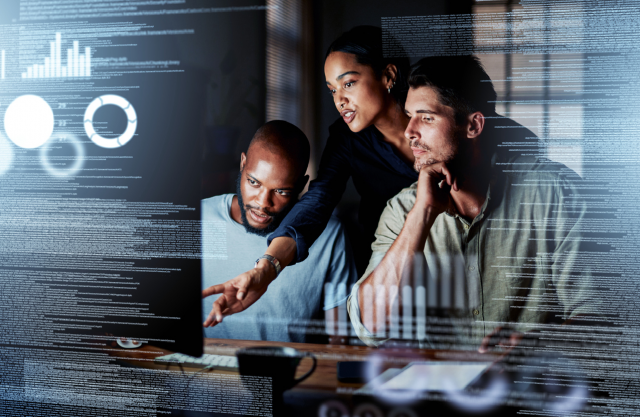 How Can You Sync Salesforce Environments Seamlessly?

If your developer teams find it hard to keep the Salesforce orgs in sync, you should not fret as you are not alone. Several enterprises face the same challenge when it comes to working with the platform. In this post, you will get to learn how keeping your production orgs in sync matters, its challenges, and the appropriate solutions to combat the problem too.

Table of Contents hide
Why do Salesforce environments fail to sync?
Why should you sync the production orgs together?
Sync production orgs matter because-
How do you resolve the above problem?
Understanding the process

Why do Salesforce environments fail to sync?

As you are building features for the software application, your Salesforce environments are constantly changing. You need to deploy them in the release pipeline and release them to the production org. With time, these differences in the Salesforce environment tend to surface when it comes to data and meta-data.

When you have a sandbox with developer orgs, you can effectively click, build and test
software customizations without too many concerns about their results. However, unless
you deploy all that you have created, its changes to try out and not use them later will result in your sandbox getting cluttered. In addition, at the other end of the release pipeline, hotfixes that are done directly to the production org will not be reflected in the
environments that have gone upstream.

End users are constantly adding data to the production org, and this covers new types of
data arriving in diverse formats for different custom fields. As a result of the above, the
datasets in the testing environments become backdated.

Why should you sync the production orgs together?

You need to keep all your production environments in sync with each other. This will make
the whole release process simpler. It will also prevent the common problems associated
with releases, irrespective of what your process looks like. Moreover, the above is highly
indispensable for the automation of DevOps.

1. You can get more reliable tests – If you test in a Salesforce sandbox that isn’t in sync with the production org, you will not be able to detect every issue before the work
items are releases. In addition, there can be the possibility of an edge case that will
cause the work to fail in the production org because of the data or the metadata that
wasn’t in the test environment. In short, when you sync all the orgs together, you
can identify problems earlier with success.

2. Declutter comparisons – When you want to see the differences in the metadata
between the orgs, you must use a good quality salesforce DevOps integration tool as
you do not want your orgs to be out of sync. Or else, the comparison will display to
you an extensive number of differences, and you have to search meticulously for the
code changes that you care about.

3. Deployments are simpler – An overload of information and unreliable testing about
the differences between the environments makes it challenging for teams to deploy
between the environments that are out of sync. In addition, the likelihood of the
success of the deployment is low as the metadata in the targeted environment might
be in the right condition to receive the package that is being deployed.

4. Automation with success – When you add automation to the release pipeline with
continuous integration tasks, they rely on the environments already in sync with one
another. These tasks are designed for automating deployments done frequently
when incremental changes are executed. The greater the CI task’s metadata is
attempting to deploy, the higher the chances that it will fail.

How do you resolve the above problem?

Now the question is, how do you get these production orgs in sync with each other? Firstly, you need to ensure your upstream environments are ready with the canonical version of the metadata. The testing environment should have realistic and the most recent data. The sandbox refresh of Salesforce is a helpful tool. However, it does have its limitations. Teams that use a good Salesforce deployment solution tool with version control and release automation in their workflow can move further with success.

Refreshing the Salesforce sandbox is the conventional way for it to be in sync with the
production org. When you run the process, it brings the metadata of the sandbox in line
with the production org and, depending on how you have set up that specific sandbox, will
update that data too. This is a good option to embrace when your orgs are really out of sync with one another.

With context to the above, you should also note that it comes with both drawbacks and
dangers when you refresh a sandbox. First of all, there is no way for you to know which
codes are overwritten in this sandbox, so you might lose the development work by accident that hasn’t even reached the production org. The idea here is obvious- these sandboxes are refreshed during the beginning of your release cycle, and this does not work for teams that perform well when it comes to releases many times in a day.

Sandboxes often take multiple days to complete the refresh, and during this period, you
cannot access the sandbox. Salesforce also has restrictions when it comes to how often the sandbox can be refreshed. The refresh is not strictly a migration to the sandbox that is present. Instead, it breaks down the older sandbox and later replaces it. This means the sandbox might move to a different Salesforce environment.

Now, suppose you have a small Salesforce developer team in your company with a slow
cadence when it comes to releases and a simple pipeline for just some orgs. In that case, the Salesforce Sandbox refresh is sufficient to cater to your unique needs. In addition, you might be doing well with them if you do not lose your work with them. However, suppose you are a larger corporation with multiple teams working with Salesforce sandboxes. In that case, you need a powerful integration and deployment tool to meet the daily challenges you face when it comes to time, loss of data, and costs.

5 Steps For Training To Become A Custom Software Developer

What is Conference Calling Software – the Complete Guide

The Best Free Video-Editing Software For 2020