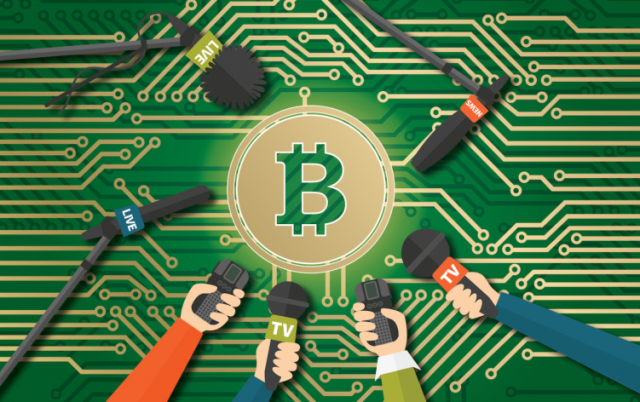 The world we live in today is highly digital and is spectacularly different from what it used to be a few decades back. From doing business to learning, from connecting with the world to trading, everything has been transformed. Every now and then, we learn about new technologies that change our lives in some way or the other. Similar to other technological transformations, the way we make and receive payments has changed as well. It is extremely easy for us to trade online and make electronic payments today.

Cryptocurrencies came under the spotlight after the famous ‘Bitcoin Pizza Day’, the day bitcoins, were used for the first-ever time, commercially. Ever since then, the popularity of cryptocurrencies, specifically bitcoin, has increased rapidly. The value of bitcoin also increased in proportion to its popularity. Many businesses and individuals are using bitcoins for making payments today.

Table of Contents hide
Bitcoin History in Numbers
Bitcoin in 2020
Bitcoin Halving (Squeezing the Bitcoin Supply)
Investments from International Giants
Bitcoin Custody
Increasing Public Support for Bitcoin
Bitcoin and PayPal
What Should you Expect from the Future?
Bitcoin Will Reach $65,000 – Mike Novogratz
A Single Bitcoin Will be Worth $170,000 by 2022 – Bloomberg Strategist
Bitcoin Will Attain $318,000 in 2021 – Citibank Analyst
Conclusion
Article Summary:
Author Bio

Ever since its inception, bitcoin has had an unstable trading history. The following are the highlights of how the cryptocurrency has performed in the past.

People having more than 1,000 bitcoins have increased in 2020 and this is one of the major indicators of the reestablishment of their faith in the cryptocurrency. As the currency inches closer towards the $20,000 mark, let’s discuss the possible reasons behind the current surge.

Bitcoin halving is a procedure that takes place every four years. It cuts the number of coins that miners get for adding new bitcoin transactions to the blockchain into half. It took place on the 12th of May this year.

What halving does is squeeze the supply of the bitcoins in the market. With fewer bitcoins and virtually the same demand, the prices are bound to go up. This is simple economics.

MicroStrategy, a globally renowned business intelligence company, made a significant investment of around $425 million in bitcoins from August to September 2020. Another international giant, Square, invested about one percent of its total assets (around USD 50 million) in bitcoins in early October this year. Galaxy Digital Holdings, an asset management company has also invested $134 million in bitcoins.

These significant investments coming from globally renowned organizations reiterate the fact that bitcoin has the potential to become a more ubiquitous digital currency in the future.

Many global companies like Grayscale Investments and CashApp (a Square owned mobile payment service) are offering custodial services to wealthy bitcoin investors. During the first half of 2020, about 163,800 bitcoins were mined. Out of them, 85,000 currencies (approximately worth USD 695 million) were bought by Grayscale and CashApp. The companies collectively bought more than 50 percent of the total bitcoins in the quarter.

These figures are scary. Big companies and wealthy investors snapping massive amounts of currencies lead to scarcity and eventually increased prices. This is one of the major reasons behind the currency’s rising prices.

The positive rally of the currency in the latter half of this year has resulted in some big names advocating the cryptocurrency. JP Morgan, a reputable investment bank, said the currency is competing solidly with gold and has the potential of paying great returns. Interestingly, the CEO of the bank had called the currency a ‘fraud’ in the past.

A billionaire investor, Stanley Druckenmiller, who too was dismissive of the cryptocurrency in the past, said it might just be a better investment than gold. Just like them, many other people have started supporting the bitcoins and are investing significantly in the currency.

PayPal, a renowned global payments giant, recently announced that its platform will now enable selling and buying features for cryptocurrencies. These features allow a PayPal user to buy or sell cryptocurrencies including Bitcoin, Ethereum, Litecoin, and Bitcoin Cash. It is a giant step towards the mainstream adoption of bitcoins and other cryptocurrencies.

Moreover, the company is also working on enabling its users to make crypto payments to any merchant or vendor that accepts PayPal. It will further encourage the common people to invest in bitcoins which will fire its prices further up.

All of the aforementioned reasons have had a positive impact on bitcoin’s price over recent times. Not to forget the impact of the novel coronavirus that has accelerated the digital revolution to an unimaginable pace. Niall Ferguson, a well-known economic historian, said that the pandemic has led the bitcoin investors to quickly accept the currency as a ‘quasi-digital gold’.

What Should you Expect from the Future?

Numerous bitcoin price forecasts are coming from all corners as we approach the end of 2020. The forecasts are unanimously pointing towards a great 2021 for the cryptocurrency. The important question is how high will the currency go up? Let’s look at some of the bitcoin value forecasts for the future.

Mike Novogratz, the billionaire investor who has invested about half of his net worth in cryptocurrencies, suggests that the year 2021 will be a good time for a buyer. He expects the bitcoin to reach $65,000 in 2021. He suggests that the currency will hit the $20,000 mark and will fall back to around $16,000, post which the price will go above $60,000.

Mike believes the ‘network effect’, where there will be a lot many new buyers but limited bitcoin supply will be one of the dominating factors in 2021. He says that the bitcoin scarcity will continue driving the prices in the future.

Mike McGlone, a Bloomberg analyst, while sharing an additional optimistic opinion on the currency, said that the upward momentum is here to stay and that the bitcoin is well set to attain a value of $170,000 per coin by 2022.

An analyst from Citibank, Tom Fitzpatrick, expressed the most bullish outlook by predicting a price of $318,000 per bitcoin in 2021. He pointed towards the historical trajectory of the bitcoin while advocating a movement similar to 2010 and 2011. Tom further said that this skyrocketed price of the currency will be a result of people viewing it as a safe-heaven asset and a hedge against inflation.

Indeed, the bitcoin is performing well at the moment. The performance consolidation seems to be written on the wall, at least to most of the crypto analysts. However, the bullish views will turn to reality or not, or to what extent, is something only time will unfold.

Bitcoin is on the rise. Again! Why is its value rising of late? Will it continue to rise or crash again? What do the experts believe about the cryptocurrency’s future? Find the answers here!

Elena Smith is a career-oriented woman and passionate content writer. She is knowledgeable in areas including the latest technologies, QuickBooks Hosting services, cloud computing, and Cloud accounting. When it comes to writing she has the ability to stamp out gobbledygook and makes business blogs understandable and interesting.

How to Use Google Lens for iPhone: Full Guide!

The Future is Now: 3 Futuristic Construction Tech That is Being...