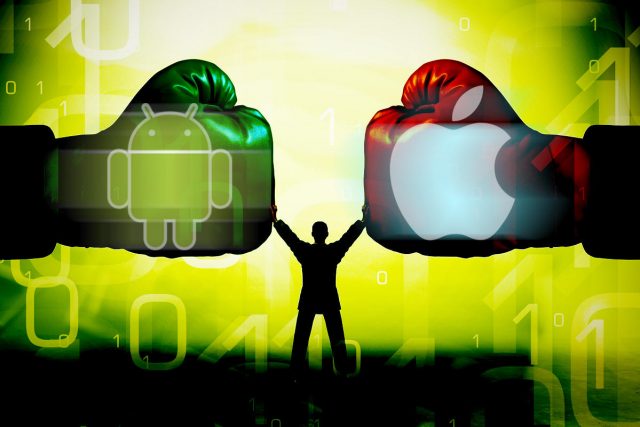 Android VS iOS: Which System Should You Develop For?

The “friendly” competition between Google’s Android and Apple’s iOS has been a topic of
debate among groups over the past few years. With both systems fairly similar in functionality,
there are still vast differences that will have you set up in only one or the other camps,
respectively.
Currently, Android has approximately over 2 million apps on Google Play, with Apple’s app store
just behind it with around 1.8 million apps available. Trailing very near one another, anyone can
see how close these two systems just are. However, developers may say otherwise.
Most people are typically dead set on either one or the other. This is likely the case with
developers too, Though, how do you begin to decide which one you should develop for?
For two systems that are seemingly so similar, how do developers make their choice? What
about software development outsourcing? Keep reading to find out.

Differences Between Android And iOS

The Android operating system (OS) is the larger of the two because it is found on many different
mobile phone and tablet brands. Manufacturers like Samsung, Nokia, Motorola, and Sony all
use Android for their OS.
Apple is an incredibly huge tech company but its OS is limited to Apple products only. This
obviously cuts out a huge chunk of manufacturers that would have potentially used iOS but
cannot due to its limitations.
The two systems are also different in terms of open and closed sources. Android is based on an
open-source, which means that users have the ability to change the code and customize certain
things. They can also create apps in this way.
Apple’s iOS is based on a closed source, and users do not have that freedom of access to the
source code. Customization is therefore not available and mobile app development would have
to be created by a developer or by paying a developer fee.

Similarities Between The Two

The functionality of both systems at their most basic are the same. Functions like making phone
calls, sending text messages, making video calls, or browsing the internet are standard.
In addition to this, both systems’ interfaces are alike in that they each comprise touch screens
as their method of use. The movements of tapping, pinching, and swiping are equally important.

Concerning privacy settings in Android and iOS, there are features found in both systems that
make signing in and filling in any information a lot quicker. For Android, this is in the form of a
list containing different permissions and the chosen apps that have access to said permissions.
For iOS, the privacy feature is known as ‘Sign-in with Apple’ allows users to safely log into
websites and apps by using their Apple ID for authentication. This takes away a lot of the
irritation that accompanies having to repeatedly fill in your details.

For developers, learning what programming language is used in the different systems maybe
the deciding factor when choosing who to develop for.
For iOS, the language used for app development is known as Swift. Its predecessor was
Objective-C but was replaced by Swift for its ability to look for errors more accurately and its
more efficient language.
Android makes use of Java, which is the most used programming language in the world. Java
requires a lot of complicated code, so because of this, other programming languages like C#
and Kotlin was developed for easier use.

Carrying Out Tests Or Trials

Regardless of which system you decide to develop for, the apps will have to be tested to ensure
there are no glitches or bugs.
There are tools that can be used to test apps, like the Android emulator and iOS simulator.

According to developers, there has been an observation of Android’s emulator yielding more
accurate and clearer results, but at a slower pace. Whereas iOS presents results quickly but
can be unsuccessful in showing accurate and clear results.

It is an interesting decision to make, having to choose between Android or iOS. The two
systems are similar, yet so different.
In Apple’s case, having control over the entire software is how they remain consistent through
their interface design and overall device settings.
For Android, the software is not solely controlled by Google and manufacturers of other devices
can make use of it too.
In both scenarios, there are pros and cons to each.

Essentially, it all comes down to a decision based on personal preference. Apple’s iOS may
offer less innovation in some ways, but more stability, while Google’s Android may offer a
a wealth of innovation but constant change.
It may be simpler to look into software development outsourcing and speak to experts on app
development. This may help with easing your decision-making process!