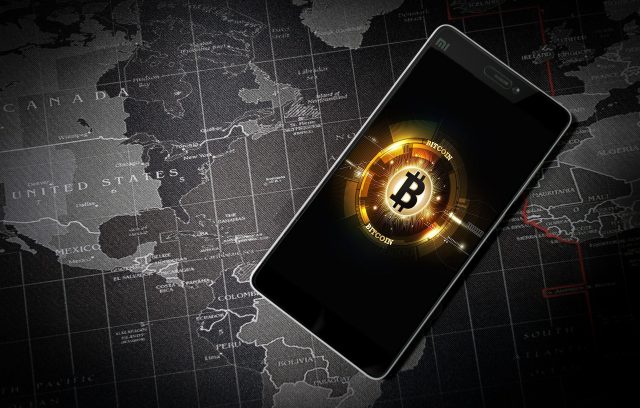 Bitcoin is a crypto currency that was introduced back in 2009 and since then bitcoins have become a widely accepted form of payment and transactions across the world. Although a few countries have been slow to accept them but bitcoins are widely accepted and many countries are sorting out their regulatory frameworks to embrace bitcoins and blockchain technology because of its future market potential. Countries have realized that they can no longer ignore this revolutionary technology that is certainly here to stay.

If you don’t already own bitcoin you can use a popular exchange such as Coinbase, Coinmama or CEX.IO to buy bitcoin instantly with a debit card or credit card.

Bitcoins can be used to purchase goods and services, as long as the merchant you are buying from accepts bitcoins, you can make the transaction. But when it comes to bitcoins many people get confused because generally people still do not know how bitcoins operate.

Bitcoins, are based on blockchain or distributed ledger technology and this means that in order to first purchase bitcoins you will need to have a digital wallet. Since bitcoins are intangible, they require an intangible wallet. If you came to this article looking about how to send bitcoins, then you probably already know about wallets, so we will focus on the nature of bitcoins before moving on to the objective of our discussion.

Step 1
In order to be able to send bitcoins, you will first need to register with a bitcoin exchange. Coinbase for example is the most trusted bitcoin exchange that has over 2 million users across the globe. Registering on Coinbase is a straightforward process. You will simply have to provide basic data and identity verification. Once you have been verified by the Coinbase system you can carry out transactions.
Step 2
Go to the Portfolio page and select the bitcoin wallet which you want to use to send the funds. Then click on send button on the top bar.
Step 3
Now you need to insert the wallet address or public key of the wallet that you are sending the funds to. You don`t have to type it up, you can simply copy paste the address, it will prevent you from accidentally entering a wrong key.
Step 4
Next up you will need to specify the amount that you want to transfer. You can write the amount either in bitcoins or in your local currency, whichever you like. The transaction however will only be in bitcoins and not in your local currency.
You can write an optional message if you want to. You will be charged a network fee for the transaction. Once you are satisfied with the details that you have inserted, simply hit continue. 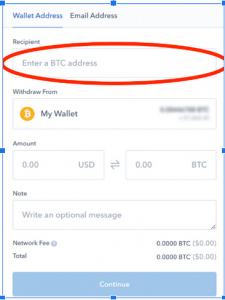 Step 5
You will now be taken to a confirmation page. Coinbase will ask you to verify the transaction by entering the confirmation code that was sent through your 2 step verification process setup. Once you receive the confirmation code on your phone or in email, enter it to confirm the transaction. Once you have confirmed the transaction, the funds will transfer.
Step 6
At this point the recipient of funds will receive an email or a notification from Coinbase saying that they have received a request for receipt of funds. The recipient will then have to log into Coinbase and enter their wallet address. Once they have done that, they will receive the funds and the transaction will be complete.

By following these steps you can send and receive funds from your bitcoin wallet. We only took Coinbase as an example; the above steps should be applicable to any bitcoin exchange with slight variations.

Before sending or receiving bitcoins, you should be aware that transactions of bitcoins are irreversible. Once you carry out a transaction, it cannot be reversed, so make sure you know who you are sending the funds to and make sure that you check the details like wallet address carefully because the way blockchain technology works, you cannot reverse the transaction.

How To Start A Successful Local Remodeling Business Your Customers Will...