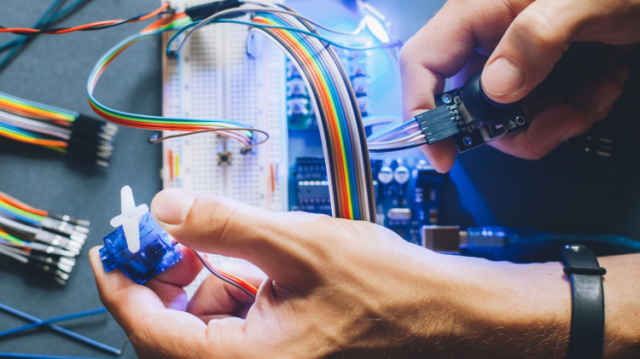 What can you do with a degree in electrical and computer engineering?

Technology plays a major role in our lives and helps us to not only have more fun in our free time but also to pursue new, exciting careers. The influence of tech within business, for example, has meant that careers in areas like data science are now a viable choice. This is great news for tech-lovers because it means you can work in an industry you feel passionate about.

Once you have completed a qualification like thisthough, you might wonder exactly what to do with it. As the below shows, there are actually some cool roles open to you.

Back in 2017, the average salary for this role was just shy of $300,000 per year and it is likely to be more than that now. As the name implies, this jobdeals with the engineering of autonomous vehicles and their systems. This role may require some specific knowledge, and this makes studying Kettering Universities online Masters in Computer Engineering program a good option first. This cutting-edge advanced engineering degree is flexible, the first of its kind and sets you up perfectly for a career in this unique field.

If you love coding and programming, then this role is a great usefor your computer engineering skills. With an average salary of around $100,000, it is also pretty well-paid. The role involves using popular coding languages like Python to create dynamic software packages. It also means creating specific applications which cater to a business’s bespoke needs.

If you have a major in computer and electrical engineering, then becoming an aerospace engineer is also a good option. As more and more tech goes into modern aircraft, manufacturers need skilled people to bring it all together. Common tasks in this role involve designing interfaces to take electricity from engine to aircraft or designing onboard computer systems. With an average salary around $85,000, this is a very interesting way to use your qualifications.

Computer and electrical engineers have lots of choice

Everyone has to get to grips with tech in daily life – this covers everything from working out how to watch the Disney Channel in the USA to working out how social media platforms operate. Tech is also vital in the business world and nowhere shows this more than the engineering sector now. The above are just some of the varied and rewarding roles your computer and electrical engineering major could help you access.