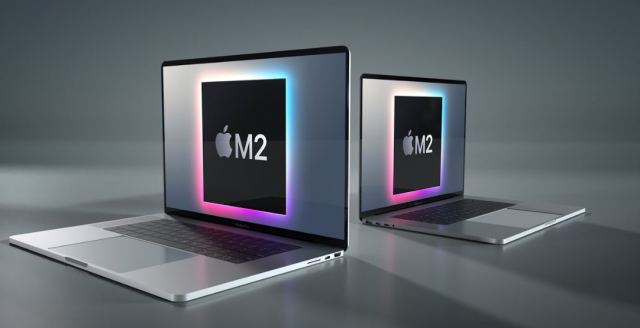 You need to know about the Apple M2 chip, which is rumored to be found in nine new Macs. Apple is reportedly testing “at least nine” new Mac models that will feature the M2 chip for the first time.

We’re about a third of the way through 2022, and Apple has only released one new Mac — the Mac Studio announced at the company’s Spring event.

However, we expect many more Apple laptops and desktop computers in the next eight months, and we now have some hard evidence that the company is putting the unreleased hardware through its final tests.

According to Bloomberg, Apple is testing “at least nine” new Macs equipped with four different configurations of the upcoming M2 chip.

The evidence comes from developer logs from third-party apps on the App Store, which have historically been good predictors of upcoming hardware. It suggests that Apple is actively testing its upcoming computers against real-world software.

Bloomberg adds that this has been “confirmed by people familiar with the matter.”

Apple appears to be testing four M2 variants, as it did with the M1.

Along with the standard M2, there seem to be Pro, Max, and Ultra variants.

You might get a sense of déjà vu at this point because these are the three pieces of hardware with which Apple debuted the original M1 chip, so a pattern appears to be forming.

The M2 chip has the exact specifications across all three: the same 8 CPU cores as the M1, but with an extra two-to-three graphics cores for ten.

Then some computers use M2 Pro or M2 Max chips.

These beefed-up chips appear to be destined for 14-inch and 16-inch versions of the MacBook Pro (J414 and J416, respectively), but an M2 Pro powered Mac mini (J474) is also put through its paces.

Bloomberg doesn’t mention the M2 Pro, but the M2 Max appears to have 12 CPU cores and 38 graphics cores, up from ten and 32 in the current version.

It will also have 64GB of memory, according to reports.

This appears to be the M2-enhanced successor to the M1 Ultra, which debuted in the Mac Studio.

Finally, Bloomberg reports that Apple is testing a new Mac mini with the current-generation M1 Pro and M1 Max processors.

We’ve heard something similar before, but it was widely assumed that the Mac Studio would render such models obsolete — through the firmware of the Studio Display appears to reference new models, so maybe not.

While Bloomberg states that not all of these models will be released, it seems that Apple has a busy year on it.

However, the balance in the distribution of M1 and M2 versions (Pro and Ultra for high-end MacBook Pros, high-end Ultras for desktops, and basic M2s for entry-level MacBooks and Mac minis) means that Apple may have seen its Apple Silicon groove for the years on.

How to i Activate Facetime on iPhone

How to Uninstall Apps on MacOS