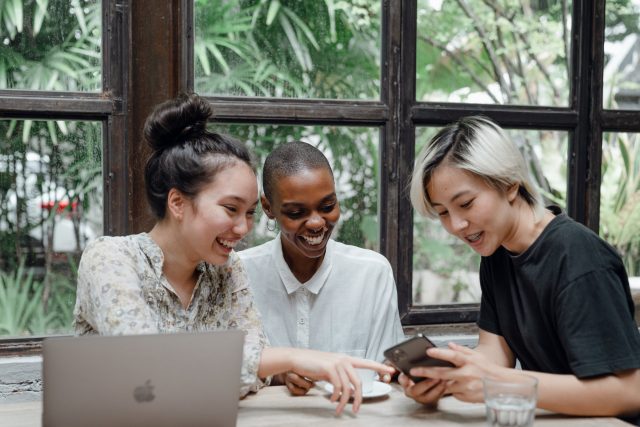 Most of us are at home, staying away from crowds, and helping prevent the spread of COVID-19. Staying indoors for long durations can get boring and can often depress us. Although
there are many activities that you can do to keep stress away, one of the best things to do is
laugh.
Believe it or not, laughing at something funny or a joke can be an excellent way to exercise
your facial muscles. It’s also a good way to relieve yourself from stress. Hopefully, the
pandemic will be gone, and well all have fun outside. For now, lets read some fun facts and
laugh out loud.

Table of Contents hide
Friday the 13th Movie Crew Had to Explain Themselves
Bananas are Dangerous
Duck Egg Surprise!
Three Days for a Wimbledon Match
The Relationship of Scarlett Johansson and eBay
Takeaway

Friday the 13th Movie Crew Had to Explain Themselves

For the real millennials out there, one of the scariest slasher films in their memories is Friday
the 13th. In the movie, campers are chased by a crazy hockey-mask wearing giant with a
machete. For unknown reasons, the behemoth known as Jason Vorhees doesn’t say a word
but instead makes a weird, creepy shushing sound. He barely feels any pain, so getting rid of
him will be a challenge.
Most of the movie scenes were shot at a real camp, named Camp Crystal Lake. One of the
funny facts that you need to know about the filming was when the movie crew had to share
the camp with other campers. They had to explain themselves to onlookers who were
frightened of Jason. Of course, seeing a mindless killing machine chase teenagers in a creepy
camp is enough to scare anyone out of their wits.

If you’re fond of watching vintage comedy shows, you’ll notice that the banana peel skit is a
staple. Almost every vintage comedy show had a slapstick scene of an unknowing person
slipping on a banana peel. As time has told us, audiences immediately respond to this classic
gag with laughter and amusement.

However, for some citizens living in the United Kingdom, none of them were laughing when
they slipped on a banana peel. In the year 2001, there were almost 300 accidents which
stemmed from people slipping on a banana peel. It no secret that people in the UK now
consider bananas as one of the world’s most dangerous fruits.

When you want something peculiar and somewhat funny, you can be sure that the Southeast
The Asian country of the Philippines has it. One of the weirdest things you can have for a snack in
the country is balut. Balut is a hard-boiled egg that most locals enjoy at any time of the day.
So what makes this treat weird and funny? Well, for starters, most balut eggs are made from
duck eggs. Crack open one, and you’ll find out that there a whole duckling in it, ready for
your consumption. Locals swear that it is incredible with vinegar. What also funny is that
locals believe eating balut daily can help strengthen your knees. Now that’s worth a try!

Three Days for a Wimbledon Match

When it comes to sporting spectacles, Wimbledon is one of the tournaments you should
follow. Known for its world-class athletes, every Wimbledon match is breathtaking. The likes
of the Williams sisters, Novac Djokovic, Maria Sharapova, Raphael Nadal, to name a few, all
compete in this illustrious sporting event.
What makes the event so popular is that you have to keep your eyes peeled for all the action.
In this case, you had to have your senses open for three straight days. Why three days?
Because one of the longest tennis matches in the world happened during Wimbledon 2010. A
game between Nicolas Mahut and John Isner lasted three days to finish. Talk about
endurance.

The Relationship of Scarlett Johansson and eBay

eBay has sold many weird things, such as a broken laser pointer and a cornflake shaped like a
US state. If these things aren’t strange enough for you, then let us tell you that eBay is head
over heels with Scarlett Johansson.
Way back 2008, in an episode of the Jay Leno Show, the Avengers-sweetheart blew her nose
on a napkin and decided to auction it on eBay. For some, a napkin with snot isn&t a thing
you&d regularly buy off a store. However, one buyer made sure that he had that tissue, the

same tissue that had Scarlett Johansson snot. What’s weird is that the napkin sold for a
whopping $5300.
Another incident involving Scarlett Johansson and eBay was when the celebrity listed a 20-
the minute date on the site. Fans and other people flocked, and the bidding ended at $40,000.
Scarlett went on that date, and the proceeds went to charity. Now that’s dating for a cause.

Who would’ve thought that the banana is a dangerous fruit? How about Scarlett Johansson’s
snot-filled napkin fetching thousands of dollars on eBay? These are just some of the infinite
fun facts you can read online. Hopefully, these tidbits of laughter can make everyone laugh
and look forward to a fun-filled day.

Why IT Service Management Should Be More about People, Not Tech

How to Develop a Sound Marketing Strategy as a New Entrepreneur