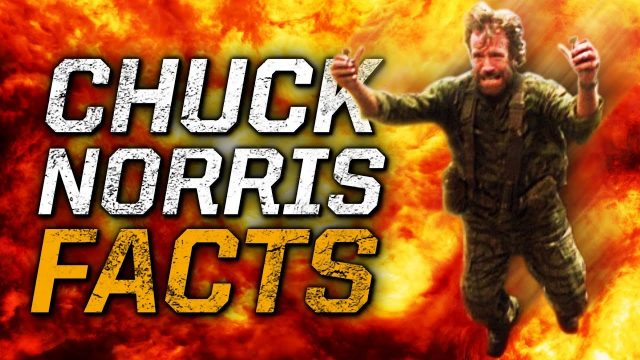 Table of Contents hide
6 Facts About the Legend Himself: Chuck Norris
The Reasons Behind the Jokes
Jail Time for Chuck
Chuck has 13 Grandchildren
Other products/brands that Chuck had a hand in were:
There’s a Race Dedicated to Him
Putting Fame to Good Use
A Legit Martial Artist
Takeaway

6 Facts About the Legend Himself: Chuck Norris

Do you ever get that feeling that someone is looking out for you when you’re on a lucky day? How about the sense of something terrible that’s undoubtedly going to happen when you’ve done something wrong? If you’re one to have felt those, then Chuck Norris will definitely be there.
Jokes like the one mentioned above are just some of the many Chuck Norris facts that you can read online. Did you know that a snake once bit good ol’ Chuck and died two days later because of the venom? Chuck didn’t even notice the snake biting him. How about the time when Chuck wanted a room in a famous 6-star hotel but instead got the whole place booked for himself? Sorry, we couldn’t help ourselves.
Chuck Norris is a famous action star. With roles in classics such as The Delta Force, Missing in Action, and A Force of One, it’s no wonder that many people are awestruck when hearing about him. In fact, Chuck Norris is such a force that he himself had little screen time on The Expendables just to give a chance to the other actors? Ok, that’ll be the last Chuck Norris joke in this article. Or will it be? With that said, here are more facts about the living legend.

The Reasons Behind the Jokes

Before reading, we’d like to make a disclaimer that says this article isn’t a list of the “satirical” things Chuck will or has done in his life. The reason he gets so many jokes about being a “God” is because of his excessive manliness.
Perhaps one of the most believable Chuck Norris facts we can agree on is that he achieved a cult following because of these satirical jokes. Did you know that Chuck Norris once snapped his finger and everything, including the universe we know, came to exist? Yes, Chuck was responsible for that big bang.

Believe it or not, some have stood toe to toe with Chuck and won. In 2017, he was sentenced to prison for a week. Chuck pleaded guilty for an incident that involved him stabbing his nephew’s hand. Chuck completed his sentence and community service and later told the media that he only did it to intimidate the boy into behaving.

Contrary to Chuck Norris jokes that are endless, Chuck is just a normal human being. With that said, Chuck has and is enjoying time with his family. He has five children who are all grown up. The man himself enjoys the company with his 13 grandkids. It’s safe to assume that Chuck’s manly bloodline is safe.

When you want something to represent “Tough,” get Chuck

Perhaps one of the best things to come out of all the Chuck Norris jokes is marketability. A lot of companies have chosen the legend to be the face that represents their brands and products. Just recently, Glock called Chuck for help and became one of the famous faces of the popular gun manufacturer.

Other products/brands that Chuck had a hand in were:

There’s a Race Dedicated to Him

Because of his manliness and physical toughness, there’s a race called “The Chuck Norris 5k.” Although 5km is a short distance for a walk or a run, participants would have the shock of their lives when they find out that the man himself is on the finish line. Upon finishing the race, the Chuckster will give you his world-famous high-five. Prizes are also given out to winners and participants.

Putting Fame to Good Use

Chuck Norris is one of the rare celebrities who care for others’ well-being, despite his fearsome reputation. Another positive effect of the Chuck Norris jokes we see is that it allows the legend to set up charitable events aimed at helping the right causes. The National Salute to Veteran Patients Program, Funds for Kids, and the United Way are three charity institutions that benefit from Chuck’s events. Way to go, Chuck.

Although most action stars don’t know a thing or two about fighting or real martial arts, you need to get Chuck away from that stereotype as he’s a legit master. He was named “Fighter of the Year” in 1969 by Black Belt Magazine, a leading publication about karate.
Chuck Norris even has a taekwondo discipline he founded. It’s called Chun Kuk Do and is based on famous styles such as Moo Duk Kwan and Tang Soo Do. In South Korea, the name of his discipline translates into “The Universal Way.”

One legend in the action genre is Chuck Norris. Because of his uber manliness and tough reputation, evildoers, whether fictional or not, fear him. Above are some more believable facts about the man, the myth, the legend, Chuck Norris.

Entertainment Media: The Best Streaming Apps You Should Patronize in 2022