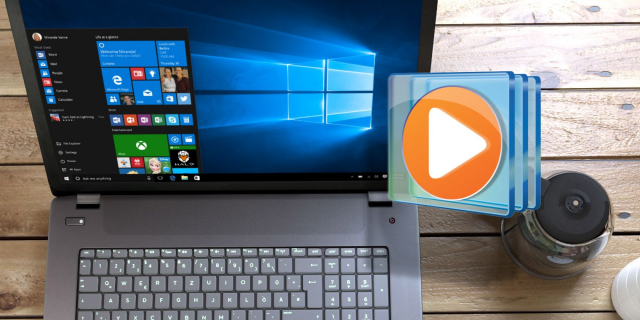 Choosing a music player app is a deal like choosing a web browser:

What’s the excellent news? Worthwhile media player applications constantly come to the top as they differentiate themselves, and it often doesn’t matter which one you select. The most significant media player for you is the one that you like to use the most. First and importantly, the video player you choose to download must be capable of playing any video, regardless of format. It should be able to handle data quickly and play movies without buffering or delays. Subtitles, audio synchronization, and screen capture are all great features to have in your download tool. Finally, if the media player you choose comes with a premium price tag, be sure it is well within your budget. Most high-quality media players will provide you an extended range of valuable functions without charging you a dime. Here’s an article for you to read for accessing the best video player for android.

According to a HubSpot survey published in 2018, 54 percent of consumers still prefer to consume material in the form of videos, whether commercial or entertainment. This has positive ramifications for marketing departments, as they may use this tendency to their advantage and offer their products or services to prospects with greater conviction.

Here are some of the best five media players you should use. So could you have a look at it?

It would take VLC’s place as the king of the free media players if it didn’t have such a firm brand name. Media player allows you to adjust parameters and personalize them to your desire. It has more options than VLC and includes sophisticated features like scene previews, bookmarks, clip recording, and more. Most importantly, it consumes fewer resources than VLC. VLC and PotPlayer have a lot in common, including the fact that they’re both simple all-in-one media players for consumers who want something out-of-the-box. PotPlayer, on the other hand, unlike VLC, never fails when dealing with big files or cutting-edge video formats.

Most people won’t notice. However, you should know that PotPlayer is a free yet proprietary application (i.e., not open source). Whatever the case may be, it’s a fantastic free media player for Windows 10.

Now that we’ve covered the “Usual Suspects,” I’d like to draw attention to this hidden gem of a video player available in the Microsoft Store. It’s called ACG Player, and it’s a pity that it’s so underappreciated. This would shock your mind if you thought Media Player Classic was light.

VLC is a sophisticated and powerful application. It’s best described as an “all-in-one solution,” and you can accomplish a lot with it, especially with all of the complex settings and choices to modify. What’s the drawback? VLC is on the “bloated” approach, and it may not provide the most outstanding performance on older, slower hardware.

Media Player Classic is one of those programmers that may bring back memories and transport you back in time. It was the preferred alternative to Windows Media Player during the Windows XP days, released in 2003. Its development was halted in 2006, and it has since split into two projects: Home Cinema (MPC-HC) and Black Edition (MPC-BE).

It’s a versatile media player that can handle a wide range of video formats, including 360-degree video and even 8K video. 5KPlayer comes with AirPlay and DLNA compatibility out of the box, allowing you to stream video with practically no quality loss. YouTube videos may also be poured straight into 5KPlayer, making it easier to handle YouTube videos while on the road.

There will always be a need for relevant means to consume material as long as the content is generated on our planet. The media players on this list excel at this task because of a mix of remarkable efficiency and appealing features. Each of the tools listed above has something to offer in terms of performance and usefulness.

What Is The Technology Behind Prisma App