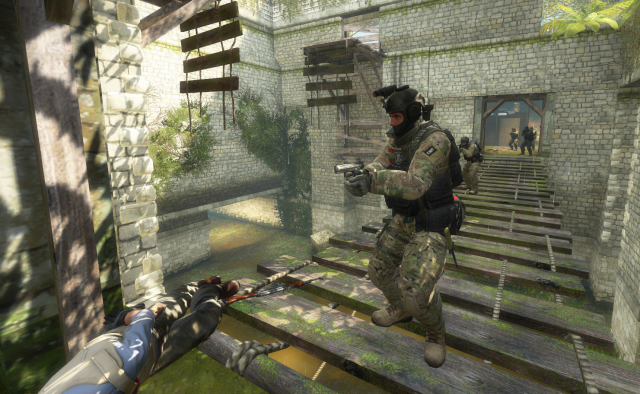 Maps are everything in the hyper-competitive world of Counter-Strike: Global Offensive. With each and every side competing in the upper echelons of the game having their favorite maps to play and test new tactics on, vetoes and picks can literally swing the outcome of tournaments and competitions worth thousands upon thousands of dollars. A map pick can go a long way in swinging Esports betting picks and predictions, so knowing what a side is picking into is an absolute non-negotiable point of learning competitive CS:GO.

With every map having its own identity, theme, and play style, here are the top maps by the number of times they’ve been played in competitions and high profile events.

Set in a Moroccon-themed urban town center with marketplaces, building complexes, and a grand palace, Mirage is the default map for CS:GO’s deathmatch mode and still one of the most balanced and easy to pick up maps in the competitive pool.

The map has plenty of open spaces perfect for duelling and wide corridors for players to run down, widening the margin of error for new players in terms of their movement, angles, and rotations.

The likes of FaZe Clan and Team Liquid have dominated the map in the past but in more
In recent times the likes of G2 Esports and BIG Clan have come along and established win
percentages north of 80% on Mirage.

One of the most picturesque maps in the entire first-person shooter world, Inferno is
modelled after a small Italian hamlet located somewhere in the countryside and sees players run through the tight streets, through various apartments and derelict old churches.

Almost perfectly balanced between either side contesting the map, Inferno has moved over the years from being a decider map leftover in a competitive matchup that both teams are comfortable playing on, to a map that more and more sides are happy to specialise on.

Players such as Friburg for Ninjas in Pyjamas and Flusha for Fnatic have established
legendary legacies on certain parts of the map such as Banana, and sides like Fnatic and
Astralis have completely changed the landscape and meta for what makes a successful side on Inferno.

The only other CS:GO map in the competitive pool to have been played over 10,000 times at events and tournaments according to HLTV, Train is themed around an abandoned old
Soviet trainyard and features plenty of carriages, corridors, and metal fencing.

Whilst the recent changes to the T-sided economy has undoubtedly helped the side on
Train, the map is still undoubtedly one of the most wildly one-sided active in the competitive pool. It certainly adds a different dimension to watching and playing matchups on Train, knowing that only picking up 4-6 T side rounds isn’t actually all that bad, but it can be a pretty punishing experience when you’re still a new player suiting up with your AK on the Tside of the train.

Mousesports really rejuvenated interest in Train as a viable competitive map, however sides such as Fnatic, Natus Vincere, and Evil Geniuses have all been able to carve together a decent run on the map. For Train, the skill ceiling is a little bit higher than the other two maps that have surpassed 10,000 plays so far, but it’s a great pick for those hoping to really knuckle down, learn the ins and outs properly, and get ahead of the competition themselves.