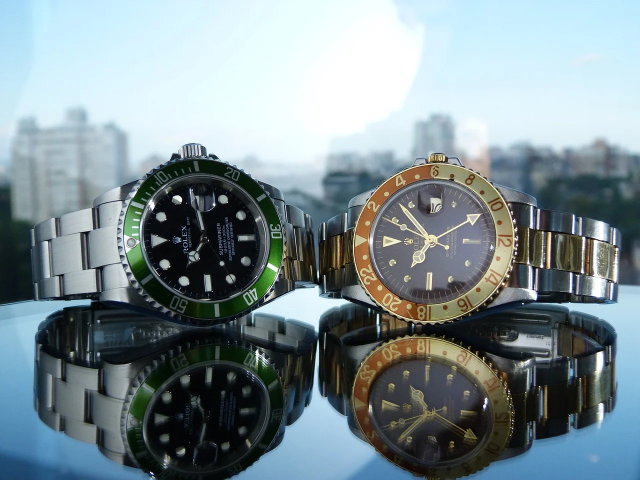 Jewelry is a kind of small, not always so cheap pleasure that’s attached to women and with which they can cheer up and feel more beautiful. The closest male equivalent to that is a good old wristwatch, always and forever an integral part of a man that cares for style.
It’s true that there are watches of various price categories, so it all depends on your “appetite”. Those with a deeper pocket can treat themselves with slightly more extravagant models. However, for the watches below in the text, it’s necessary to set aside a real fortune, so there are few people who could afford them.
In this century, watch prices have skyrocketed, dominated by a single manufacturer whose models achieve astronomical prices at auctions around the world. No huge diamonds are needed, nor massive cases made of precious materials. The world of the most expensive Luxury Watches on the planet is dominated by models behind which are special stories and people.

The Top 10 list of luxury watches that are worth eye-watering money today is predominantly made up of works by one manufacturer, Patek Philippe – a family business from Geneva, while three comforting positions were won by Rolex – a watchmaking giant also from Geneva.
The list consists exclusively of Luxury Watches sold at auctions in the last 20 years…

The auction in which it was sold, Christie’s Only Watch charity auction, lasted five minutes and it can be said that the buyer actually received two watches for a fabulous figure of $ 31.2 million. No, it isn’t two separate watches. This copy has two dials so that it can be turned on its back and worn as a completely different watch, just like a jacket with two faces.
The watch has as many as 20 different functions, and what’s interesting is that part of the sales revenue went to a fund for research into one type of muscular dystrophy. It’s currently estimated that this model is worth $ 30.6 million.

Of course, the model itself was originally an object of adoration and search of many watch lovers and collectors. And, the copy that Paul Newman received from his wife is so legendary. The message “Drive carefully” is engraved in it, because he liked fast driving and racing.
When it was sold to an unknown buyer at Phillips in New York in 2017 for $ 17.75 million, it was a record amount, but that record was later broken. “Newman’s” watch is now worth, according to estimates, $ 17.4 million.

Many consider this watch to be the holy grail among watches. Only four copies were made in 1941 and, when it appeared on the market, it was the first watch with the so-called eternal calendar and chronograph.
It also broke various other records and was sold at auction in November 2016 as the most expensive watch for $ 11.1 million, breaking the record of a watch from the same manufacturer. Today, it costs, approximately, $ 10.9 million.

This watch has just turned 69 years old, being made during a decade described by the auction house’s specialists as “the Golden Age of design, craftsmanship, and technological advancement”. It’s one of the only seven dual-crown world time wristwatches marked with Reference 2523 believed to have been issued in pink gold.
Furthermore, this watch, whose estimated price is $ 8.8 million, is the only known ref. 2523 to be double signed with both Patek Philippe’s signature and that of Gobbi, the prestigious retailer from the city of Milan.

This model, which was made between 1993 and 2011, is a truly unique creation by Patek Philippe. Reference 5016 combines the “big three“ features prized by watch collectors – a tourbillon, minute repeater, and perpetual calendar with the retrograding date.
Reference 5016, reintroduced as a “pièce unique” specifically for the Geneva auction Only Watch 2015 is also the first and only version of this watch to be produced in one of the rarest and most coveted metals – stainless steel. Now, five years after it has been sold on this charity auction for $ 7.3 million to raise funds for Duchenne Muscular Dystrophy, its price is around $ 7.2 million.

This model was sold for CHF 6.2 million on the Only Watch 2017, reaching the highest price of all watches in that auction. Back then, Reference 5208 was also the second-highest successful bid since the inception of the Only Watch series of auctions – in 2005. Note that Patek Philippe’s timepiece, the above-mentioned Reference 5016, was the model that topped bid record prior to 5208.
Now, ref. 5208 costs around $ 6.2 million.

Before becoming the second-most expensive Rolex ever sold at auction, “The Unicorn” Rolex generated a lot of excitement in May 2018 when Phillips announced its auction in Geneva in association with Bacs & Russo.
Reference 6265 was sold as part of the “Daytona Ultimatum” on the mentioned auction, which was thematic, for $ 5.9 million, by which it nearly doubled its pre-sale estimate. That made ref. 6265 the No. 2 Rolex at auction behind Paul Newman’s Daytona.
Its rarity is by what “The Unicorn” is famous. It’s the only known white gold manual-winding Daytona ever produced. Until it was discovered, it was believed that Rolex only produced manually wound Daytonas in stainless steel or 18-karat yellow gold and only some 14-karat yellow gold watches created for the U.S. market.
According to estimation, nowadays, Reference 6265 is worth the same as in the moment of purchase in the auction.

It’s the most expensive wristwatch by Patek Philippe ever sold on auction. Why did it attract such attention? Firstly, because of the time when it was made – during the Second World War, more precisely between 1943 and 1944. Secondly, this piece served as a forerunner to some of the most iconic wristwatches that Patek Philippe has made ever since.
Collectors appreciate several things at Reference 1527, especially its lugs, dial layout, and diameter which is unusually large for the time it was produced and which preceded other famous Patek references by at least a decade. Let’s not forget the timeless elegance of this watch that comes from its overall design, making it worth $ 5.6 million now.

This is an exceptionally rare and unique Luxury Watches Rolex watches that became the most expensive ever sold in 2017. The name of the model – “Bao Dai” – comes due to the fact it was in the hands of the Nguyen dynasty in Vietnam in 1954 given this piece was sold to the last emperor of the dynasty whose name was, as you can guess, Bao Dai. Reference 6062 was sold for over $ 5 million at Phillips auction in Geneva to the unidentified buyer.
At the time it was made, the Bao Dai was the most expensive and rarest watch model the brand sold. What made him rare was the gold case and black dial – only three models to this specification are known to have existed. Furthermore, this particular model is the only one to have had diamond markers on the even hours. No other model of a watch in the world has it.
What adds the value and mystique to Reference 6062 is that it has only changed hands once. No one between the Nguyen family, to which it was sold in 2002 for $ 235,000, and the buyer on the auction had it in possession. Today, this model costs $ 5.1 million.

It’s considered the most classic of all Patek Philippe chronograph references. It was manufactured from 1936 until 1964 in yellow gold, or, at least, the majority of pieces were made like that. So far, only 10 steel and gold wristwatches of the Reference 130 model have been identified on the market.
The value of the vintage and yet modern timepiece from Patek Philippe is estimated to $ 4.7 million.

Watches are a status symbol and it’s often easy to conclude from them what one’s property status is. At the same time, rich people generally have unique pieces whose prices are unimaginable for ordinary people.
These watches are expensive for three key reasons. They consist of expensive parts such as rare diamonds, gold, platinum, etc. In addition, it’s important how much time is invested in their production and what functions they have. Its uniqueness or the intangible value associated with them is also crucial.
All these expensive watches that we’ve listed in the article are more jewels than Luxury Watches. So, from small and simple hourglasses and sundials, through bulky city watches, to craftsmen’s masterpiece – the watch has come a long way.
Today, in addition to all this, the watch is also an investment because a valuable watch doesn’t lose its price.

What is Cerebral Palsy and Why Do You Need the Assistance of a Lawyer?

Famous Blocked Drains Services: Why You Should Hire One