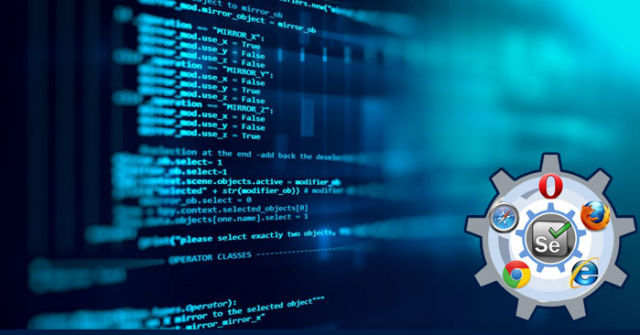 Selenium is one of the most popular frameworks for Automation Testing, but like any other software tool, Selenium also has some known alternatives.

You may encounter many bottlenecks while using Selenium alone; these alternatives promise to fill this testing gap in different ways. These Selenium alternatives will make automated testing more accessible and efficient or capable of handling demands that Selenium does not offer.

Selenium is a popular pick for web testing due to its lightweight and portable software design and fits for applications or software functioning on the web. It’s the same reason why Selenium is known as browser automation API (Application Program Interface).

The best thing with Selenium is that it’s completely free and an open-source tool accessible on several browsers and platforms. However, being the best doesn’t mean being perfect for all types of testing; we have some advantages and some drawbacks with Selenium that we will list in this blog.

Why Look for Selenium Alternatives?

Some say the other major reason Selenium is getting popular is the vast number of programming languages it offers to write the test scripts like Java, Ruby, Perl, PHP, and Python.

The specific working area of Selenium brings a thought to check for its best alternative to fulfill all business requirements and testings. Going through its advantages and disadvantages will bring transparency.

Selenium is one of the best automation testing frameworks with several advantages. Some of the most known benefits that one considers while choosing Selenium are:

It’s hard to believe that the most popular Automation Testing tool also has some drawbacks. The list of disadvantages you can come across with Selenium are:

Selenium alone can perform major testings with web applications but not all. You can overcome these drawbacks and fill the gap with a suitable alternative for Selenium.

After Selenium, it’s Cypress, the second most popular automation testing tool. It’s an open-source automation system that is a popular alternative to Selenium, with comprehensive capabilities that complement existing development tools. The best part about Cypress is that it does not require any setup for installation.

Although Cypress is well known as a Selenium substitute, the two frameworks are not exclusive overall. You can use Cypress to enhance your Selenium scripts and increase overall test stability and coverage. However, Cypress offers a few connectors compared to Selenium.

There are many different reasons why you should consider Robot Framework an excellent alternative to Selenium:

Katalon Studio is an advanced testing system built on the Appium and Selenium frameworks. Moreover, removing all possible technical difficulties, it revolutionizes the use of open-source test automation frameworks. This technique helps Katalon Studio allow developers and testers to rapidly set up, design, execute, report, and manage all required automated tests.

Apart from this, many advantages make Kobiton’s Katalon Studio a good alternative for Selenium. These advantages include-

These add-ons help to start the automation testing journey quickly.

It also helps the experienced testers by providing a productive IDE. This IDE helps to develop tests with scripting techniques for complex business demands.

To have seamless automation testing with Selenium, it’s crucial to know its best alternatives to complete any mobile, desktop, or web testing. Knowing its advantages and drawbacks does half of the work while selecting an alternative. With LambdaTest, automation testing gets more accessible and more seamless using the vast number of functionalities offered on the website apart from the testing tools.

LambdaTest is a comprehensive cloud-based cross-browser platform that supports modern Automated Testing frameworks like Selenium and Cypress. LambdaTest provides automated, manual, and live-interactive testing on an online browser farm of 3000+ real browsers and operating systems online and has gained the trust of over 600,000+ users in 130+ countries.

Make your automation testing journey effortless and booming with LambdaTest.

How to Cancel a Bid on eBay: Easy Guide!

How to Turn off Incognito Mode On Different Devices?

How to Find Hidden Apps on Android: Easy Guide!

How to Delete On iPhone Single or Multiple Contacts

How To Stream Torrent Movies/Videos Without Downloading