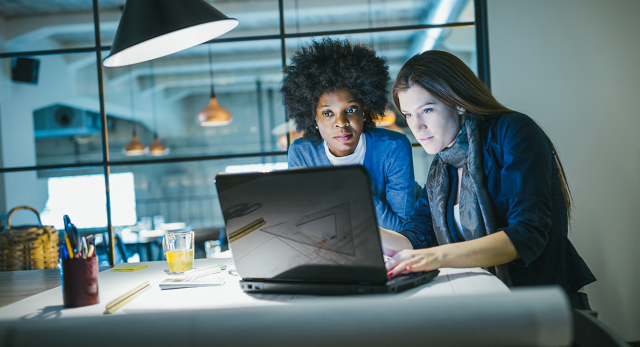 The firewall is an important part of most IT organizations’ security strategy. The traditional firewalls are able to provide security for specific ports and protocols based on the source and destination IP address of given traffic. Since these firewalls are very easy to operate and maintain, they’re often inexpensive, and they’ve been in use for more than two decades, they’re the most popular.

On the other hand, Traditional firewalls are becoming less and less capable of appropriately defending corporate networks as new Internet-based threats are being developed at an ever- increasing rate. The vast majority of new malware and intrusion efforts are based on application flaws, rather than network flaws and services.

As the number of web-based applications has risen, traditional firewalls that rely on ports,
protocols, and IP addresses are becoming less and less reliable and feasible due to the
proliferation of web-based services. SSL-encrypted HTTP traffic is also unprotected by current generation firewalls (HTTPS). TCP port 443 is typically used for HTTPS. The typical firewall cannot employ deep packet inspection to assess if the traffic poses a threat or violates company policy for network use because the payload of these packets is encrypted using SSL.

When referring to a network security device that goes beyond a standard firewall, we refer to it as an NGFW (next-generation firewall). Unlike a regular firewall, a next-generation firewall incorporates additional features such as integrated intrusion prevention, application awareness and control, and cloud-delivered threat intelligence that are not often found in traditional firewalls.

In the same way that traditional firewalls are more advanced, next-generation firewalls are also more effective. Next-Generation Firewall Security uses both dynamic and static packet filtering and VPN functionality to ensure that all connections between the network, the internet, and the firewall are valid and safe. Translating network and port addresses into IP addresses should be possible for both types of firewalls.

Traditional firewalls and next-generation firewalls are fundamentally different in many ways. An NGFW’s capacity to filter packets based on applications is the most visible difference between the two. Using analysis and signature matching, these firewalls are able to identify and regulate the apps they are able to identify. In order to tell which programs are safe and which are malicious, they can make use of whitelists or an IPS based on signatures. Traditional firewalls, on the other hand, don’t have a way to receive updates in the future.

The advantages of Next-Generation Firewalls

Intrusion detection systems (IDS) and intrusion prevention systems (IPS) have been added to an NGFW’s degree of application security. Packet-content filtering can be improved with the help of these apps. These features can also identify, analyze, and take action against unusual deviations from the standard set of activities, threat signatures, and intelligent assaults based on user behavior, as well as other anomalies.

Traditional firewalls need you to set up and configure each firewall one at a time, whereas a new-generation firewall may be accessed from a single console.

Traditional firewalls can prevent port access (single layer protection), but this is of little
consequence in today’s complex and ever-evolving data architecture world.

Multi-layered protection is provided by analyzing traffic from layers 2 to 7 and also
understanding the nature of data transfer. As a result, if the data transfer falls within the
parameters of the firewall policy, it will be allowed to pass.

Every time a new threat emerges, you’ll need a new security appliance. A single authorized device may easily administer and update the security protocols using the next-generation firewall. Because of this, security infrastructure is made simpler, and operating time is saved.

Authentication of the user

IP addresses can be linked to specific identities in Sangfor Next-generation firewall to provide per-user visibility and control of network activity. This provides a clear picture of who is in charge of the network’s application, content, and threat traffic.

Data leaks and attacks can be prevented by NGFWs’ ability to conduct real-time traffic inspections. Threat prevention, URL filtering, and file and data filtering are all included in this content identification process.

Deny/allow rules to govern traditional firewalls. In this concept, anyone can use a good app, but no one can use a terrible app because they are both judged awful. This design is no longer viable. In today’s world, an app that is detrimental for one company may be good for another. An advantage of Sangfor NGFWs is the ability to restrict access to an application’s positive features while preventing access to its negative features for suitable personnel.

Making the Most of Your Internet Connection’s Speed

Antivirus, ransomware, and spam protection are all included in an NGFW’s endpoint security package. You won’t need to use different tools to accomplish these tasks if you make use of these features. In addition to saving time and effort, the NGFW’s functions allow you to monitor and control cyber threats more effectively.

A new generation of firewalls can automatically identify a user. Additionally, it has the ability to operate with multiple user roles and restrict access to an individual or group.
As a result of this functionality, companies can set role-based access to select sections of their data and content. Organizations might also choose to make some of their data available to the public while keeping the rest private.

An NGFW is not only equipped to handle all of the classic firewall functions, but it also has the ability to take on today’s most dangerous cyber-attacks head-on. NGFWs are quickly becoming an indispensable tool in the fight against cybercrime due to the wealth of functionality they offer.

Use Of Skill Assessment Tests In Hiring Process