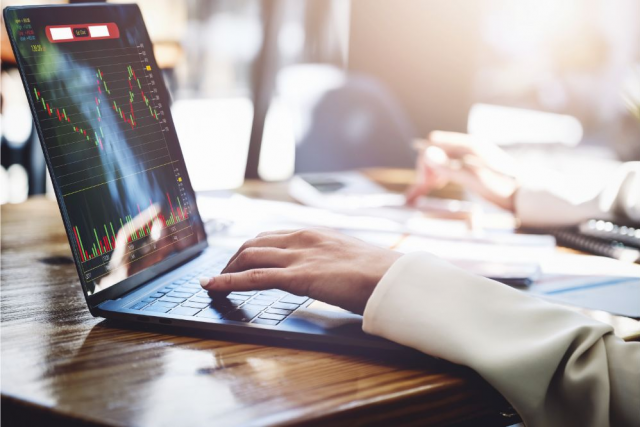 South Africa is the most developed and fast-paced economy on the continent. For that reason alone, many international forex (FX) traders follow its ups and downs. Currently, the nation is going through a rough transition from pre-COVID to post-COVID conditions. Throw in the fact that the Russia-Ukraine war has had a massive impact on South Africa’s fortunes, and the situation is ripe for a very difficult 2022.

Recent developments in technical trading methods have brought millions of new participants into the world of forex, equities, commodities, and other asset classes. Technical methods offer an automated environment where newcomers can learn to study the basics of how to buy and sell without having to attend to their accounts around the clock. The wisest way for traders to study the conditions on the ground in South Africa is to review recent economic conditions, examine the fuel and petroleum sector, consider the potential risks and rewards of taking part in South Africa’s trading exchanges, and study the overall financial health of the nation in order to make more informed forex transactions.

Of all the world’s major economies, South Africa is perhaps the one with the greatest number of financial problems. Its woes are one of the reasons for traders to closely watch the VIX, also known as the volatility 75 index trading metric. A high VIX means that fear is gripping the markets, while a low number means the marketplace is tranquil. Note that safe-haven currencies, like the US dollar, tend to rise in value when the VIX shows high levels of fear. That’s just one example of how forex traders use the index to gauge and calibrate their positions in the international currency markets. You can also trade the VIX directly and speculate on its movements from day to day and minute to minute.

Oil Prices Are a Problem

South Africa’s leaders and consumers find themselves in a sticky situation with regard to fuel prices. That’s because the local economy has been hit hard by two forces that have sent pump prices soaring. One is the worldwide rise in the price of crude oil. The other is a direct result of the Ukraine-Russia war that has decimated petroleum supplies. In fact, the dire scenario is affecting the entire region of the southern continent. Besides the huge rise in diesel fuel costs, standard gasoline for personal vehicles saw a rise of nearly 40 percent, from 24 rand-per-liter to almost 33 rands. One small step taken by the national government has been to withdraw, temporarily, the federal tax charges on retail fuel.

But the nation’s worries include other problems besides the price of gasoline. For instance, nearly two million jobs were lost after the latest round of COVID-related lockdowns and business shutdowns. Bankruptcies surged during the COVID pandemic as well, with a resulting jump in the domestic rate of unemployment to a whopping 34 percent. What’s in store for the centrally planned economy during the rest of 2022 and beyond? For starters, fuel costs, unemployment, and business failures are likely going to get worse. Additionally, consumers who are already hurting will face higher transportation prices, higher bills at the grocery store, and surging electricity costs.

Technical advancements in trading have completely changed the way individuals participate in FX and other asset classes. For example, many of the most reputable brokers. Automated and semi-automated accounts are just two examples of how users are setting up their brokerage parameters to use a rules-based, emotionless method of making decisions. Another major benefit of fresh technology is the ease of using mobile devices, particularly phones, to make purchases, sell assets, and otherwise conduct a full-fledged trading operation from anywhere, at any time. The leading brokers in the space offer high-tech platforms like MetaTrader 4, MetaTrader 5, and web-based functionality for new and experienced practitioners. One of the simplest ways to get started is to open a small forex account and use a full-featured platform like MetaTrader 4 to learn the basics of buying, selling, placing stops, and taking profits when they appear. Technology has greatly simplified the way FX and other assets are bought and sold, which is just one reason for the surge of interest in the international FX marketplace.

South Africa’s economy presents risks as well as opportunities. Volatile rand prices are one way FX devotees aim to earn from the ups and downs of values within a short period of time. Likewise, some of the nation’s sectors could perform well amid an otherwise down economy, namely the healthcare and mining niches. Traders should watch developments in the European war and any progress China makes in repairing its ailing economy. Both those situations have direct effects on South Africa’s long-term fiscal health.

The Tech Behind BTC Friendly Casinos And How To Access Them...

Blockchain Technology has the Potential of Altering the Financial Industries