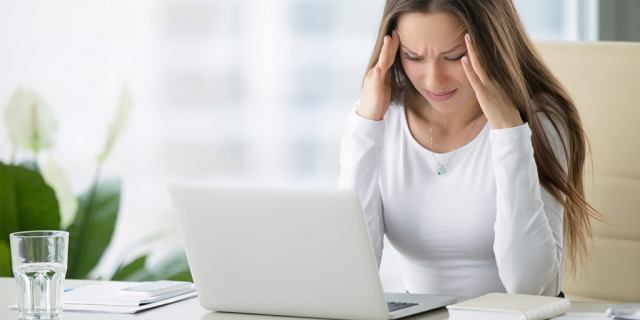 Safe data storing is a continuous attempt of all users. From individual to business, treasuring data has been the precedence because data is extremely valuable.

However, humans yet did not find any everlasting way to preserve data. Either it is a physical hard drive or cloud storage, you still have chances to lose the data anyhow.

In the question of reliability, Solid State Drive is a groundbreaking invention that let’s save data in a flash chip. How To Recover Data From Dead SSD, People are replacing the old model HDD with SSD since it provides multiple advantages.

SSD is faster, energy-efficient, and reliable. But, it still can crash without a prior admonishment. You might have heard that dead SSD creates serious complications. Unfortunately, it is true. But, you still have chances to recover data from a deceased SSD. Keep reading to explore more.

Table of Contents hide
How To Recover Data From Dead SSD
What is SSD?
The disparity between HDD and SSD
Speed
Performance
Storage capacity
Power consumption
Noise
Size and weight
Heat
Why is SSD used for?
How do SSDs fail?
Overheating
Short circuits
Upgrade failure
Liquid and collision
Warning signs of dying SSD
It becomes slow
Your PC restarts often
It crashes during boot
It shows read-only errors
Can an SSD be Recovered?
Why Data Recovery from SSD is difficult?
How to Recover Data from a Dead SSD
Conclusion

For years, people have used the HDD as the primary data storage device. Solid State Drive is the new edition of data storing technologies. In SSD, flash memory chips called NAND are used to perverse the data.

The read and write speed or SSD is manifoldly faster than traditional mechanical hard drives. There are no spinning platters or heads insides. So, access to data happens instantly right after the click.

SSD technology was used in consumer devices in 1990 for the first time. Before that, the usage of this technology was restricted in military and aerospace instruments.

SSD is found in different forms. The performance may vary due to their types. In general, the common SSDs found in the market are SATA III, PCIe, M.2, and NVMe.

The disparity between HDD and SSD

How is an SSD different from an HDD? This one is extensively asked by users when they hear about SSD for the first time. Both are produced for data storing, but their mechanism is verily different. Here is a general comparison between SSD and HDD.

The data access speed of an SSD is phenomenal. It takes less than 100 microseconds to access data, where the traditional HDD needs more than 5000 microseconds.

SSD works based on flash memory. It contains no moving components inside. On the other hand, HHD works by moving magnetic platters for both data read and write. That is why SSD performs faster than HDD.

Both types of drive provide sufficient data storage spaces. But, comparing the price, HDD offers more space than SSD. The market is full of HDD with mega-size storage. But, it is rare to find an SSD more than 1TB till now.

Since an SSD has no internal moving parts, it has nothing to consume more than a few energy. But, HDD requires more power for the magnetic platters and the heads. An SSD is far better to save electricity.

SSD produces no noise due to the absence of spinning parts. On the contrary, HDD generates a buzzing noise while reading and writing data.

SSD is very small compared with HDD. The SSD for desktop computers usually is available at 2.5 inches. On another note, the size of a regular HDD is 3.5 inches. Because of the size and components, the SSD is lighter than HDD.

As a computer user, you know the overheating issue of HDD. Too much heat even may result in physical damage. However, SSD produces less heat, which is acceptable.

Based on the overall comparison, SSD is the winner. Besides, SSD has a longer lifespan due to some technical factors.

Why is SSD used for?

The usage of SSD is thriving day after day. Because of particular advantages, people tend to purchase SSD rather than HDD.

Businesses are replacing their old data storage with SSD due to faster data analysis. It saves a huge time while accessing and transferring data through this drive. SSD is even used in servers to provide faster service to clients.

Moreover, portable devices come with SSDs due to lightweight and less power consumption.

It can be said in short that SSD will lead the data storing technology within a few years.

How do SSDs fail?

SSD does not fail for mechanical issues like HDD. Though it is much more reliable than mechanical drives, they still can fail for different reasons. Let’s check out some common causes.

Due to the lack of adequate cooling facilities, some SSD may overheat. In general, SSD produces very low heat. But, overheating may result in SSD failure suddenly.

SSD is more prone to fall in danger than HDD. It happens due to the type of memory. Since HDD consists of metal platters, it may tolerate the power surges in most cases. But, a power outage can be extremely dangerous for flash memories. It may result in ever data loss right away.

In case of an interruption in a firmware upgrade, SSD can be seriously harmed. During the upgrade, you should be cautious that the process is followed accurately and there happens no obstacle.

These two foes are equally harmful to both SSD and HDD. If liquid gets in, or the drive is dropped anyhow, unexpected distraction may appear.

In some cases, SSD can crash due to poor manufacturing as well.

SSD will not warn you like an HDD before perishing. The symptoms of a dying SSD are unique and complicated. You can identify a damaged SSD by looking at some signs.

SSD is widely known for its faster performance. But, how would you feel if it takes a long time for saving files? When SSD becomes slow, this is a warning sign the drive is going down slowly.

It may cause a sudden restart now and then without asking you. It usually happens in case of bad blocks on the SSD, file corruption, or a fault in the connector port.

It crashes during boot

This is quite similar to restarting once and again. The reasons for this issue are almost the same.

In this case, you can almost do nothing except starting the computer. Your PC will not function anything relevant to write data. The SSD switches to read-only mode and starts showing a message continuously.

These are some primary signs that you may get into trouble with your SSD very soon. You can meet a professional if any of them appear.

Can an SSD be Recovered?

In some extreme cases, data can be lost forever from SSD. But, this should not be worrying because they can mostly be recovered successfully. The thought has developed among us because SSD’s mechanism is entirely different from HDD and restoring data from flash memory is too difficult. However, many professionals provide successful SSD data recovery in the USA. Though the process is quite difficult, it is still achievable.

Why Data Recovery from SSD is difficult?

Unfortunately, recovering data from a dead SSD is way more difficult than HDD. Besides, SSD can crash anytime without warning.

The complication happens because of the failure to locate the data. Unlike HDD, the location of data in SSD always switches. It is quite complicated to spot the accurate spot.

Besides, most SSD features TRIM. This advanced technology allows the operating system to wipe out unused data from SSD straight away. The OS does not inquire if the data is deleted intentionally or by chance.

All these aspects make the data recovery quite tough from SSD.

How to Recover Data from a Dead SSD

Restoring data from SSD is not an easy task. But, recovery software with advanced features will surely help. Recoverit is a notorious tool for SSD data recovery. You can get back data from a dead SSD at home with the help of this tool. Let’s follow the steps.

Step 1: Download Recoverit and install it on your computer. After launching the tool, you will see a variety of data recovery mode. Select “Deleted files recovery” from the list.

Step 2: Now you can choose the SSD to recover. Select the drive and click “Start”. The tool will start scanning the drive.

Step 3: In some cases, the tool may not find lost files. If it happens, scan the drive again with the “All-around Recovery” mode.

Step 4: After the advanced scan, you will find previews of lost files. Select them from the list and click “Recover” to restore them on your PC or an additional hard drive.

Due to the discrete mechanism, raking up data from dead SSD is complicated. You can prevent the SSD crash by noticing the prior signs we mentioned above. However, if it happens anyhow, you should meet a data recovery expert. SSD seems very sensitive while restoring lost data. How To Recover Data From Dead SSD We recommend not to try any tactics at home to prevent a worse state.

Best File and Folder Locker Tools and Software for Windows 10