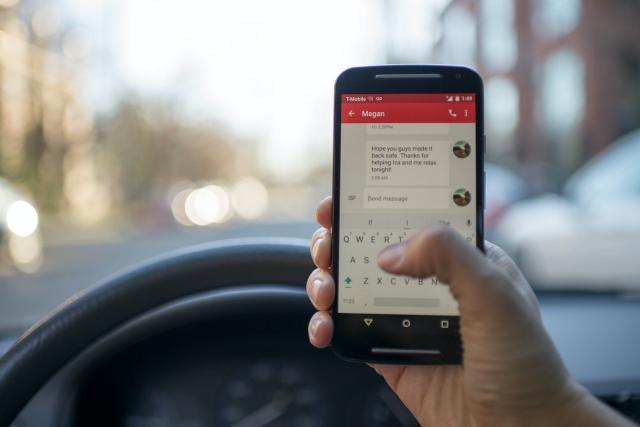 How to Identify and Avoid Smishing or SMS Phishing

Technology has many perks. But every good thing comes with its downsides. Unwanted and scammy calls, texts, and emails have been bombarding people for decades. Over the years, people have learned to ignore and delete such messages to avoid the damage experienced by many. However, there are still hundreds of victims.

As people are becoming more aware of these scams, scammers and hackers are also
becoming more refined in their attempts. They would choose undetectable ways to attack their victims. For instance, they would send a regular bill of your subscription to one of the Cox Internet plans. Or, a bank statement. And it would appear legit and valid making it hard to identify it as a scam attempt.

Let’s enlighten you more to help you steer clear of such attacks.

Table of Contents hide
What is SMS Scam or Smishing?
Some Interesting Smishing Stats
Signs to Detect an SMS Scam
What Do You Need If You are Scammed

What is SMS Scam or Smishing?

Smishing is a type of phishing that sends SMS messages from supposedly trusted sources. These messages are crafted in such a clever way that the receiver is tricked into clicking that malicious links or to share their personal data.

Some of the most popular scam stories are to pose as banks, government agencies, mobile companies, family, friends, and the list goes on. It wouldn’t be wrong to call these fraudsters evil geniuses who orchestrate these attacks and trick people into sharing their bank details, social security numbers, login credentials, and other sensitive info.
Victims to smishing or SMS scans can result in empty bank accounts, stolen identities, and so much more.

Do you know that over 5 billion people across the globe have the facility to send or receive SMS messages! This makes SMS a great channel for prospective scammers. Here are some lesser-known facts:

• Over 10% of the marketing messages are spammy.
• Text messages have over a 98% open rate.
• Over 92% of spam SMS messages are from fraudulent categories.
• More than 31% of the users receive messages from unknown senders.
• And around the same percentage of users end up clicking on a suspicious link.

Signs to Detect an SMS Scam

Now that you know that scammers can easily trick you with their well-crafted SMS content, the next step is to identify the warning signs. Some of the top red flags are as follows:

• You will see grammatical or spelling errors in the messages.
• The messages seem to be sent by legitimate institutions.
• If you are receiving them from family and friends, you may notice a different way of typing.
• The content is usually about limited-time packages, offers, contests, and prize draw.
• They can also be about a pending bill from your mobile carrier, ISP, or cable company.
• They would push you to share your sensitive personal info and data.
• It includes your social security numbers, bank account credentials, login accounts info, and so on.

Mostly, you don’t even remember signing up for those promos and limited-time offers. Also, you don’t remember entering those contests, draws, and giveaways. Unless you are 100% sure, don’t follow the instructions in such texts. You don’t want to give in to a plan like this.

What Do You Need If You are Scammed

Always be extra conscious and watchful about the unknown numbers. The safest course is to consider them shady and suspicious. When the text content claims or promises something on behalf of an institution or a company, it is essential to confirm the legitimacy of the source as well as the claims. Only entertain such requests when you are 100% sure.

It’s always better to be extra vigilant than to fall prey to a potential scam. Moreover, sometimes, an SMS will seem too good to be true. In such instances, avoid engaging with them. It wouldn’t hurt to even block the senders if you find the content of those messages tempting.

Being a victim of one of these attempts myself, I have been writing such blogs to reveal the sophisticated methods fraudsters use to defraud people. In my case, the scammer sent me an SMS thread about the dues for my Cox subscription when I had already paid my monthly bills.

I thought that the safest course was to dial the Cox customer care phone number and ask them directly if those bills were legit. And this is how I figured out that it was a smishing attack. I’m still thankful for the narrow escape.

Why Do You Need Mobile App Development Services?

Why Smartphone Manufacturers Are Focusing On Mid-range Phones