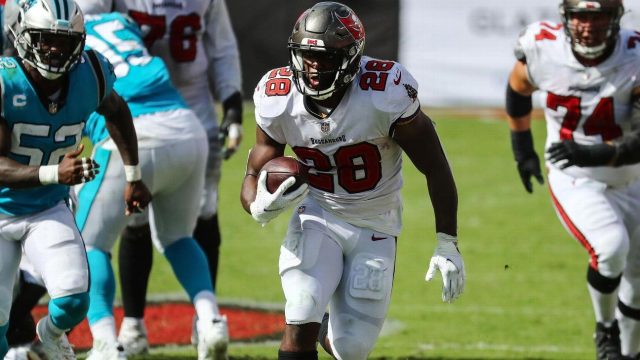 The Worldwide Leader in Sports: Interesting Facts About ESPN for Sports Lovers

There are millions of people all around the globe who love sports. It does not matter whether
you are a professional athlete or you don’t play sports at all. If you don’t have the time to play
or never was athletic enough, you can just turn to sports broadcasts and streams. There are
many sports channels that you can watch your favorite sport, but we will be mainly talking
about ESPN.
ESPN is one of the world’s top programming networks in sports that give all sports fans all
they need. ESPN is an American based satellite television and global cable channel that
mainly focuses on anything related to sports that include pre-taped event telecasts,
highlights, and talk shows. In this article, we will be giving you some interesting ESP facts for
all you sports lovers out there.

Most Famous in the Industry

This is one of the best ESPN facts out there for sports junkies! ESPN Fantasy Football can be
played by choosing made-up teams from a catalog of real athletes from the league and
making fake teams. You can then play with other users teams with the team that you have
created to earn yourself and your team points throughout the game. ESPN keeps a record of
scores, latest updates, and world ranking regarding the subject.

In case you didn’t know, NFL Regular season games have been broadcasted every night on
Mondays on ESPN since 2006. It is an effort to force the network to change most of its
sporting events to its assigned cable channels. However, ESPN subscribers are entitled to all
their broadcasts anytime and anywhere they want to watch.

The first sporting broadcast on ESPN was Major League Baseball in 1990. They premiered the
broadcast with three telecasts on an opening day. ESPN also mentioned that MLB is also
assured to last being broadcast on its channel until 2021.

Sports fans can view the NBA playoffs brackets on the website of ESPN. This would enable all
the users to see what teams will be playing and see each season course without any trouble.
Information you would see on this card are current statistics, matchup outcomes through the
years, the number of games played, game scores, and each team’s pages.

In 2020, there are expected to be more than 300 MLS matches that will be aired on ESPN. The
broadcasts started on the 29th of February with six games. Anyone who is on ESPN Plus is
able to view all these broadcasts on any device.
Although, due to the global pandemic caused by the Coronavirus, both the Liga MX and the
MLS decided to put a hold on the 2nd annual Leagues Cup and will be put on hold until next
year.

X Games are also headed by ESPN and is also part of their TV partners. This consists of the
main network of ESPN, the live stream of ESPN 3, ESPN 2, and the Latin America and Brazil
ESPN. College bowls and some basketball games are also managed by ESPN.

ESPN now has more than eight thousand employees globally, and approximately half of them
are located in the U.S. alone. There are a lot of positions available in ESPN, such as
internships and ESPN’s networks. These employees are offered with usual benefits, and some
are given free entries to Disney theme parks except in Tokyo.

The 2016 Cleveland Cavaliers vs. The Golden State Warriors

The most-viewed game during Christmas ever was the Cavaliers vs. The Warriors in 2016. The
game garnered average spectators of 10.1 million people from streaming platforms and
broadcasts. During the final quarter, the game reached 11.8 million viewers, making it the
fifth most-viewed NBA regular-season matchup in the ABC broadcasting.

The current ESPN logo hasn’t changed and is still being used today since 1985, which features
the letters ESPN in a white background with red letters. The top part of the logo is split up

by a white line to create an effective but simple logo. The logo has only been changed once
before 1985.

The total count of ESPN’s live events in 2019 has reached almost 25,000 and with a total of
83,340 hours of live events from their event programs and studios. These numbers are both
from digital events and on TV.

The first podcast ever launched by ESPN was way back in 2005. Now, ESPN is the top sports
podcast in the world. The podcast has a unique and huge audience of 8.1 million followers in
2019.

How about you? Are you also subscribed to ESPN’s subscription plan? If not, what are you
even waiting for? Don’t you want to watch the NBA playoffs? There are a lot of things you
could do if you are subscribed to ESPN plus.

Why is Learning Decimals and Fractions so Important?

Top 10 Survival Tips for Small Business Owners during the Pandemic

Why is Learning Decimals and Fractions so Important?

How To Stream Torrent Movies/Videos Without Downloading