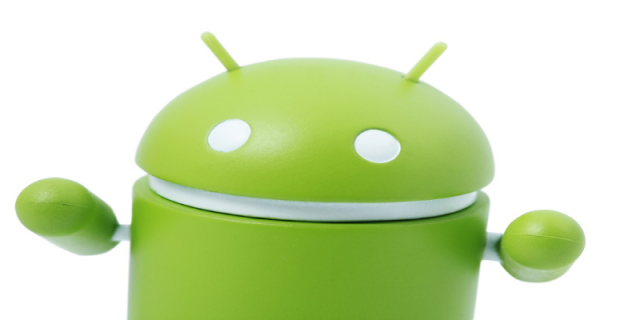 The Smartphone marketplace is synonymous with two major competitor’s namely iOS and Android. Till the year 2015, iOS had its tremendous share of monopoly over the marketplace. California based Apple brand witnessed a great deal of hype and acceptance from loyal users by offering feature-rich devices. But Android is not holding back. The way Android app developer infuses competitive technicalities inside devices is something commendable and surpassing the growth of iOS.

Now the situation is Android is no longer second fiddle to iOS. It has its potential to reach every single 3rd hand & created a stir in the cellular marketplace.

Table of Contents hide
Major Reasons How Android is Surpassing iOS
1. Wait for 5G is Over for Android Users
2. Declining Loyalty Factor of iOS
3. Increase in Number of Android Devices
4. Rapid Improvement in Android Smartphone’s
Android or iOS: Which Performs the Best
Summing Up
Author’s Bio

1. Wait for 5G is Over for Android Users

5th Generation internet technology has already made headlines. Apple users are waiting for the same. However, Android users are enjoying their presence.

The ultra-high-speed network connectivity of 5G is still an obstacle to come over for Apple users. The brand has announced the connective power later in 2021. This calls for iOS customers who need to wait for a bit.

On the other side, Samsung devices that come under Android technology are running 12 months forward than iOS. Specific devices come packed with 5G technology to access rocket-speed internet for daily usage.

It is where lies the main loophole. Slowly and gradually, Apple is starting to lose its supremacy in the smartphone marketplace. While Android has already bucked up fast to beat the competition in its favour.

As a result of all that, a major part of smartphone users is totally inclined towards Android as compared to iOS.

Apple mobile sales are on the decline side since 2019. Two years prior, there was a huge reduction of 15% of customers falling away from iOS and around 25% switch to Android for a much better service.

The slowdown in Apple Smartphone’s demand is directly linked with the cooling down of the overall sales pattern. Frankly, the price factor is a major concern on the part of Apple devices. Not everyone has the potential to carry feature-rich yet expansive Smartphone’s of iOS as compared to Android.

Also, existing Android users are not in a mood to update with the changing technology of iOS and stay loyal to earlier counterpart only.

Earlier also, iOS Smartphone’s were not everyone else’s cup of tea due to the high-price factor. Even now, the sales of Apple are on the declined side with having multiple options of Android gadgets to choose from.

3. Increase in Number of Android Devices

The number of units of Android smartphones is on the higher side in comparison with the iPhone. Primarily, the features of Android devices including operating system, in-built space, battery life, screen dimension, and determination much better. Also, the price factor comes on the lower side.

Effective customization of devices is well-versed with Android, but not exactly with iOS. As per the users, it is simple to transform the format of Android Smartphone’s, change the outlook, and interface. This is actually nowhere close to iOS and that is one of the reasons for its rapid decline.

In fact, developers rely more on Android while developing apps in less time. With the rise in the number of devices, the number of Android app developers increases a lot as well. This has led to maximum enhancement goes towards Android.

Android or iOS: Which Performs the Best

Affordability Factor: Without a doubt, Apple has always been on the higher price side of the market. Android on the other side appeals to the masses by offering a wide range of handsets with different features and price lists.

Alternative Apps: Easy side loading has not that much of a difference between iOS and Android. Both platforms offer the same set of accessibility. But more options in Android and wide accessibility makes it a clear winner.

Updates: When you think of switching major updates among several devices, then iOS offers not so affordable offers. This is because every single updated device is much expensive than the counterpart. However, Android offers a minimal difference in terms of price while switching to an updated version of the device.

James Walker is a Senior Android App Developer at Android Developer, a leading Native Android App Development company in India. He is passionate about sharing his experience and knowledge through his informative write-ups centered on mobile app development. He believes that through his shared write-ups, businesses can gain knowledge and guidance on how to utilize the full potential of their mobile apps and boost their productivity and growth.

Top Apps for Amazon Firestick of 2021