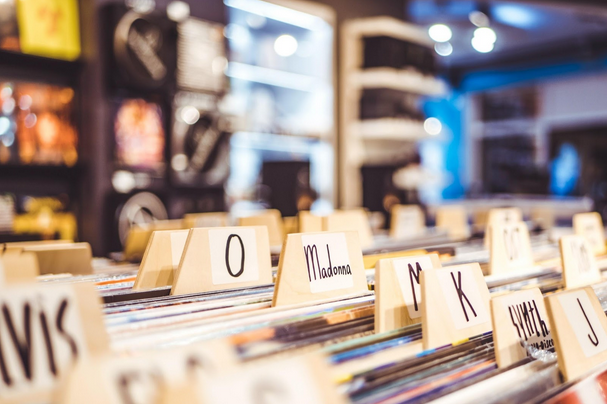 In this guide, we will take a closer look at the importance of torrent trackers. Why and how updating torrent trackers can help improve speed and reliability in a P2P environment.

We will also learn how to use them, the differences between public and private trackers, tracker-less vs. multi-tracker, and finally, how a VPS Seedbox can help you improve the lack of security from torrent trackers.

Table of Contents hide
Table of Contents
File Sharing with BitTorrent.
Torrent trackers: What are they and how they work?
Torrent Tracker’s Communication Flow.
Choosing Private Trackers vs. Public Trackers.
How to Use a Torrent Tracker?
Multi-tracker vs Tracker-less Method (DHT)
Final Words.

BitTorrent is one of the most popular file-sharing mechanisms for P2P services. The protocol is used to distribute data, especially for transferring large files, like ISO, digital video, audio, etc., across the Internet in an efficient, fast, and reliable way.

Contrary to the belief, the BitTorrent protocol and torrent download practice are perfectly legal. It is not the method that’s illegal, but the content that is being shared. Even enterprises like Facebook and Twitter use P2P file sharing to perform updates to their users. The effectiveness of BitTorrent has made these big social media companies transfer files easier and faster.  That’s not all, according to Forbes, even streaming giant, Netflix, cleverly monitors BitTorrent to identify which TV shows are gaining popularity, and then purchases them.

The following screenshot shows how even Ubuntu’s official site allows you to download its operating system through BitTorrent.

BitTorrent is often the preferred file sharing mechanism over protocols like FTPS, SFTP, HTTPS, etc. Most of these protocols have a hard time (or most cases can’t) split the downloading file into chunks, pause, and resume, and download from different sources.

On the other hand, BitTorrent allows chunks of files to be downloaded from different sources in no particular order, thus improving speed and reliability.

Although all we need to share or download a file over P2P is a BitTorrent client and a torrent file, there is more going on under the hood. The engine working behind the curtains and a core element in the entire BitTorrent protocol is the Torrent Tracker, which helps and allows peers to find each other.

Torrent trackers: What are they and how they work?

When sharing a file using P2P BitTorrent, we basically need two things; a client like, uTorrent, or Deluge and a .torrent file. Torrent files contain metadata about the files to be shared and a list of network torrent trackers.

Torrent trackers are servers that regulate P2P traffic and they are at the heart of torrent communication. They keep information about each client (peer) using each torrent so they are capable of speeding up the seed discovery process.

Trackers can even monitor the file fragments residing on each peer, help in their successful transmission and reassembly of the file. They are so important because they give you directions about where to find the peer that is sharing the same file that you are interested in.

The privacy from the P2P connection is kept between peers. The tracker is not designed to forward data between peers, it only keeps a registry of the peers and it doesn’t keep any data or metadata of the torrent files.

Certain server trackers can be available for the open public and others are kept privately for certain users.

Private trackers are kept for exclusive communities that regulate their torrent usage. Their VIP-sense of community makes them the best choice for hardcore torrent users, because they provide faster downloads, larger selection of files, increased privacy, and many other benefits. The key difference is that private trackers are very selective about who their users are and their ratio of sharing. To be a part of these communities, you would have to be invited and be continuously active.

Private Trackers discourage the Hit and Run that is pretty common in public trackers. Hit and Run is when a user downloads a torrent but does not seed it long enough. Normally a torrent has to be seeded with a 1:1 ratio or through a specific amount of time, usually 48 hours.

Public torrent trackers, on the other hand, like IsoHunt or PirateBay will not send you any invitation. They are free for anyone at any time without restrictions and anybody can search and download their torrent files. Public trackers don’t have many limits, so they attract a lot of users, among these, users that hit-and-run (download and go). Public trackers are also more insecure servers because your IP is publicly displayed to many unknown peers.

How to Use a Torrent Tracker?

When you download a torrent file, it already comes with a list of preconfigured torrent trackers (usually more than one), but you can add more to the list so that you can improve the chances of finding more peers.

Updated torrent tracker lists are pretty popular on the web. The following are three benefits that you can get from updating your torrent with a larger list of trackers:

It is not necessary to go out and look for live tracker servers online; torrent users have already done an extraordinary job finding them, and compiled updated lists of live trackers in their websites. Torrent tracker lists show all the open and public torrent trackers out there. Leveraging from these tracker lists is a great way to extend the quantity of trackers for any given torrent file.

If after adding a list, your speeds are still slow or you can’t see any seeds in your torrent, then perhaps you need to update your torrent tracker list. Not all servers on a given list are supposed to be alive; some of them might be down due to several reasons. It is critical to use the latest tracker list for your torrent, as an updated list will include only the live servers. Some lists are even automatically updated every day, like this one published in GitHub, where you don’t need to care about the state of each server, because if a server is down or too slow, it is completely removed from the list.

To use a tracker list, you just need to open your torrent file with the properties of your favorite client and copy/paste underneath the current trackers of your file, leaving an intentional blank space between each tracker.

In the following screenshot, from old Azureus 2.4.0.2 in WindowsXP, just right-click the torrent file, then Advanced (or properties in other clients) > Tracker > Add Tracker or Update (Edit).

Although trackers are essential to the functionality of BitTorrent, you can now share a file without using a single tracker. After the invention of the DHT (Distributed Hash Table) method back in 2005, torrent trackers have become pretty much redundant.

In DHT, the peers of the P2P network keep all the necessary information for peer discovery to themselves; they don’t need a centralized “server” to search for other peers. Today most torrent clients allow DHT with Peer exchange so that anybody can download a torrent without a tracker.

With DHT you are not relying on a centralized server for the communication, “such as a Tracker” which is good for privacy. And at the same time, using a server to “track” your torrent activity couldn’t help much to improve your online anonymity. But for now DHT is still immature, so the overall quantity of peers in DHT is really low. Most BitTorrent clients support trackers over DHT, because of the rich resources and faster speeds. However some users are starting to benefit from both technologies DHT+Trackers, because they complement each other.

But if improving your privacy is critical, a VPS Seedbox can help you improve your security and anonymity. The seedbox is a cloud server specially designed for torrenting, with high bandwidth, computational power, security, and pre-configured apps just for torrenting. Seedboxes usually allow both public and private trackers and can use multi-tracker or tracker-less depending on the client.

Experiencing slow torrent download speeds is probably something that nobody likes. In perfect conditions, you could have the fastest Internet connection, where your ISP is not “throttling your bandwidth for torrent traffic” and you could be using the best torrent client out there, but you could still be suffering from slow downloads.

Adding an updated list with torrent trackers could increase the quantity of seeds in a matter of seconds, increasing the speed dramatically and probably even resurrecting dead torrents.

But remember that open trackers will not help with improving your privacy. When dealing with public trackers is important to protect your identity and your computer. There are ways to safely download stuff over the Internet. A VPS seedbox will encrypt your BitTorrent traffic, avoiding throttling and speed up your download even more.

A Guide to Install TV Aerial