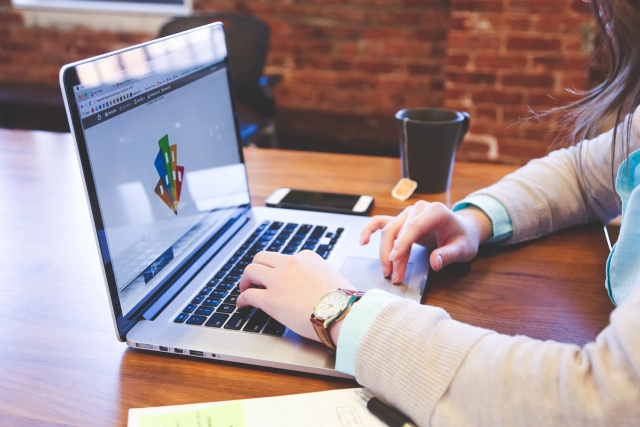 The world of web design has seen many changes over the years.

From back in the days where a web design company used to show off its skills by creating websites full of animations and bold illustrations, to adopting skeuomorphism, a design language that focused on faux-realistic textures, drop-shadows, and so on, in order to bring real life to the screen.

Then came Flat Design, which has been around for quite a few years, yet it’s still popular among web designers

What Is Flat Design?

By definition, Flat Design is a user interface design style that uses two-dimensional elements and bright colors. Its main focus is to improve the user experience, by making an interface very simple, easy to understand, and easy to use.

The Pros And Cons

Now that we figured out what Flat Design is and how a flat website usually looks, it’s time to dive into the pros and cons of using this design language.

First and foremost, the interface works well with responsive frameworks, because these types of websites are so minimalist in style, there’s not that much you have to change in order to make the desktop version fit naturally on smaller screens.

Although the text might be stylized, it’s still designed with readability in mind, and the bright colors also play a role in increasing engagement.

And finally, because a flat website contains a minimal amount of elements, it’s typically quick to load.

If not designed correctly, a website that uses Flat Design may be in danger of being seen as boring, therefore hindering user engagement.

Because of the use of ghost buttons, users may sometimes get confused over what’s actually clickable and what’s not.

And lastly, because they are so minimalist in design, flat websites may lack personality, making them harder to differentiate from flat other sites.

In order to avoid these potential downfalls, talking with a branding agency is recommended. This way, you can make sure the website is unique and it properly reflects your brand.

The Evolution Of Flat Design

How It All Started

The flat design began back in 2006 when Microsoft launched the second generation of Zune, a flash memory-based player that was meant to compete with the iPod Nano.

The interface of this device was created using Microsoft Metro, a design language that represents one of the earliest applications of Flat Design.

As opposed to skeuomorphism, Metro’s design language favored the use of a minimal number of elements, simple geometric shapes, simple typography, and a focus on content over flashy graphics.

These are elements that we can still find in today’s flat websites.

The Creation of Flat 2.0

This is where Flat Design started to gain popularity. In 2013, Apple introduced this design language in iOS7, mostly ditching the skeuomorphic style which previous operating systems had.

Apple’s version of Flat Design still had some skeuomorphic influences. This led to the creation of Flat 2.0, also known as “Almost Flat.”

For example, iOS7 made use of gradients with app icons. They also added background blurs to establish a visual hierarchy between elements ― something that is quite hard to achieve in traditional Flat Design.

Apple managed to bring out the best of both worlds. They used the simplicity and improved user experience of a Flat Design language, yet they still applied some skeuomorphic elements in order to make the interface more fun and appealing.

Just a year later, in 2014, Google decided to create its own spinoff from the Flat Design language, giving birth to Material Design.

This happened because Android’s clunky design, up until that point, forced manufacturing companies to apply heavily modified versions of the stock Android.

Besides Android devices, Google intended to integrate this new design language all across their ecosystem. As opposed to traditional Flat Design, Google put an emphasis on motion, animation, and layering of elements.

Material Design also made heavy use of shadows to create a sense of depth.

In 2017, Microsoft created a refurbished version of the Flat Design used just over a decade ago, while also borrowing elements of Apples’ Flat 2.0 and Goggles’ Material Design.

When it comes to Material Design, Microsoft also put an emphasis on shadows and the layering of elements. Today, you can see an example of the Fluent Design language in Microsoft’s Windows 10.

Although the idea of Flat Design has been around for more than a decade, it’s minimalism and ease of use made it one of the most influential trends in design that is still being widely used today.

Flat Design has seen continuous improvements over the years, from Apple, Google, and even its original creator, Microsoft. However, it’s not over yet.

In fact, Microsoft is expected to come out with a full implementation of Fluent Design in their next operating system, Windows 10X, set to release this year.

Besides being used in the creation of operating systems, more and more web designers are getting on board with this trend and using Flat Design when creating websites.