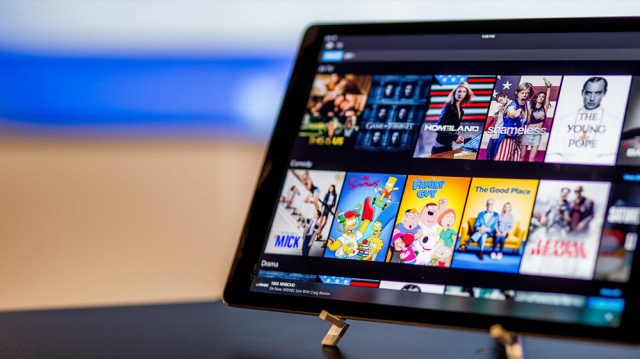 Entertainment media has come a long way from the days of the local theater, where everyone gathered to enjoy a show. But since that time, many things have changed, including the tech that we use to bring all of our favorite shows into our homes.

Those who remember the 80’s and 90’s know how you had to wait a year or more before a new release at the movie theater finally made it to VHS or DVD. And this process took even longer for cable TV to gain access. But nowadays, many of our new releases are available while they’re still playing in the theater.

You can thank the rise of streaming apps for being able to watch and enjoy early release entertainment. And today, there are a variety of these apps available for streaming.

Here, we’ll explore a few of the best streaming apps you should be looking for in 2022.

Perhaps the strongest contender for being one of the best streaming apps for 2022 is Amazon Prime’s streaming service. And there are a few good reasons for this. Not only does Amazon have original series that are turning heads such as The Wheel of Time starring Rosamund Pike. Many big Hollywood headliners are involved in Amazon original movies as well.

And Prime doesn’t just get you movies. With Prime membership, you get free shipping on most orders made through Amazon, the ability to stream music, download books, and many other amenities that other streaming services simply don’t have.

Additionally, Amazon also offers access to early release films and in-theater rentals, much like other services such as Vudu currently offer.
With all of the features and add-ons that a Prime membership brings, this places Amazon’s streaming service in top position to be the main contender.

Netflix is perhaps the brand that started it all. Just when Redbox was beginning to become popular, and video stores across the country began closing their doors, Netflix ushered in the next wave of at-home entertainment.

The rise of Netflix’s popularity brought the downfall of big video retinal companies such as Blockbuster, but the originality, convenience, and attractiveness of at-home streaming were hard to beat. And still today, in 2021, Netflix is leading the way.

Though Netflix’s membership price has increased significantly since the service began, many users still love the service because of the variety of choices it provides, along with the customization tools that the Netflix app offers its users.

And Hollywood has begun cashing in on Netflix’s popularity as well, with Netflix originals such as Birdbox starring Sandra Bullock along with its ongoing series Stranger Things. Going forward in 2022, look for more big-budget productions to come from Netflix, providing for a great reason to stick around.

HBO has been around for a few decades now. And this solid brand has reimagined itself with a streaming service that’s hard to beat.
Considered one of the big contenders going forward in 2022, HBO Max caters to those who love HBO originals, which have been popular for many years.

For example, Game of Thrones is one such series that had people flocking to HBO in recent years. In addition, recently HBO MAx has partnered with ATT’s at-home TV service, offering access to the app for free when signing up with ATT.

Going forward, HBO Max is also highly popular for offering early theater releases within a specific time allotment. Recent movies such as King Richard starring Will Smith have become available while still showing in theaters across the country. All this considered, HBO Max is a top contender in the app space going into 2022.

Last but not least, we can’t leave out every child’s favorite streaming service, Disney Plus.

Disney has been around since before television was a common feature in homes. And as early as the 1920s, Disney’s short cartoons and adaptations of classic fairy tales have shaped the imaginations of children across the world.

Today, Disney Plus brings the magic kingdom to the comfort of your home and offers several attractive options as well. For those who love the Marvel Universe, Disney has the Marvel Cinematic Universe available.

And if Pixar movies are up your alley, Disney Plus offers all of these as well, with classics such as Toy Story and all of its sequels.

With a variety of classic Disney shorts spanning nearly a full century, access to early release films, and partnership with ESPN, this makes Disney Plus a huge contender going forward in 2022.

The choices we have in today’s world compared to just a decade ago are staggering. But no matter which streaming service you choose, this will all be dictated by your personal preferences when it comes to entertainment. Happy Streaming!